In her book The Grace in Aging, Kathleen Dowling Singh calls elders to be placeholders in society.  “There is no more noble way to spend these years,” she says, “than to become an elder, to bear witness to the world as placeholders for peace, love, wisdom and fearlessness” (pg 24).

And we elders can do that with integrity, I think, because we have the goods to back it up. We have been here before.

I find myself these days wishing that my mother were still alive so I could ask her about rationing in World War II when she had two toddlers and a husband off on a Navy ship somewhere in the Pacific.  I want to know more about the Polio epidemic of the 1940s and 1950s beyond my recollection of standing in line as a 10-year-old to receive a magical vaccine on a sugar cube that had been discovered by Jonas Salk. I only know I could sense the collective and joyous sigh of relief from the parents around me. But what was it like before that, Mom?  What were your fears for your own children?  How did you protect them?

(Perhaps it is not coincidental that Salk announced his breakthrough on March 26, 1953. Although the vaccine saved millions of lives, Salk did not patent his discovery. In a famous television interview with Edward R. Murrow, when Murrow asked Salk who owns the patent on the vaccine, Salk replied, “Well, the people I would say. There is no patent. Could you patent the sun?”)

From my own history I recall the frightening days of the Kennedy assassination when my husband and I were living overseas in a country whose language we did not speak because he was in the Air Force. Days when we had no television to give us hourly updates of whatever was happening back home. Days when we worried for our parents and the state of the nation.

On the bulletin board in my home office I refer more often lately to a clipping from the daily meditations of the Society of St. John the Evangelist: “There have been things in your life that have been dark and difficult and you’ve come through it, given the grace to face it, and are probably stronger and wiser for it . . . Remember from what you have already been saved” (post from Oct 31, 2016).

Remember and tell others. Remember and pray for courage.  Remember and pass on the stories of your own heritage. Harvest your history. Share peace, love, wisdom and fearlessness, even in a time when we elders are the most susceptible to the evil that surrounds us.  Hold a place and open a space for God’s spirit to offer reassurance to those who do not have the gift of long memories as do we.

Be a placeholder now in whatever way you can.

And may God bless us and save us all.

And a special invitation: If you are not already receiving posts from the Diocese of West Texas adult Christian formation site where we are currently posting a study of the psalms, you can subscribe to receive the posts in your email at www.christianformation-dwtx.org. 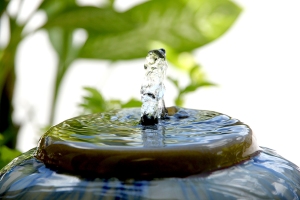